Journal of Entomology is a peer-reviewed, Open Access journal that publishes original research as well as review articles in all areas of insect and arachnid sciences. The journal is dedicated to promote the study of the behavior, biology, biotechnology, ecology, taxonomy, and control of insects and arachnids. Scope of this journal includes: general, experimental, systematics and applied entomology; behavior, biology, biotechnology, ecology, physiology, taxonomy and control of insects and arachnids. The journal encourages submissions on entomology in the climate changed new environments and novel entomological techniques, processes and models on insect pests and parasites. 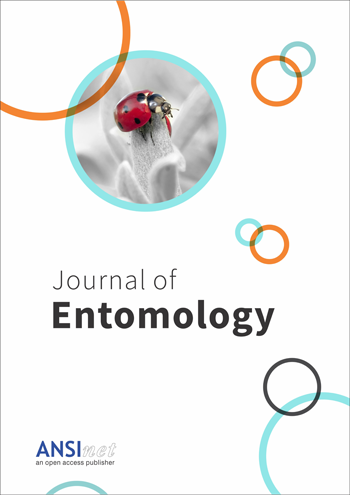 Dr. R.C. Sihag is serving humanity as Independent Researcher. He was earlier Dean, College of Basic Sciences & Humanities, CCS Haryana Agricultural University, Hisar. Dr. Sihag had been on the Faculty of CCS Haryana Agricultural University, Hisar in different capacities. He has more than 40 years of distinguished record in teaching / research, and educational management and administration. He was Assistant Scientist, Honey bees (1979-1988), Associate Professor & Research Leader, Beekeeping (1988-1995), Professor of Environmental Biology / Apiculture (1995-2012), Head, at Department of Zoology & Aquaculture (1997-2000), Dean at College of Basic Sciences & Humanities (2001-2006). During these years, Dr. Sihag has made several significant research contributions in the discipline of Apiculture/ Crop Pollination Ecology/ Fish Pathology/ Vermiculture and Environmental Biology. He has published more than 180 research and semi-technical articles in reputed national/ international journals/ books, and authored six books. As far as concerned to his achievements, Dr. Sihag has been widely recognized at national and international levels including, he is the recipient of highly prestigious Rafi Ahmed Kidwai Prize of Indian Council of Agricultural Research (1980-82) for his outstanding work on the biology of megachilid bees; co-recipient of “Group Award-cum-Certificate of Appreciation (1993)” from the United States Department of Agriculture (USA) for the work on conservation and management of some solitary bees for crop production efficiency; “Scroll of Honour (2005)” in the International Conference on Plant Sciences at Amravati (India) for the conservation of pollinators; “Life Time Achievement Award for Conservation of Biodiversity and Environment” from the Environment Society of India, Chandigarh (2007); “E.P.Odum Memorial Award for Conservation of Environment” from the Educational, Cultural and Social Welfare Society of India, Hisar (2008); Ambedkar Fellowship Award (1998) for his distinguished social services. He was elected Fellow of the highly prestigious “Royal Entomological Society, London” in 1997; he has been the Chairperson of Pollination Section of Asian Apicultural Association (Japan) from 1992 to till date. He is the Editor-in-Chief of Journal of Entomology; Editor of International Journal of Ecology, and Journal of Ecology and the Natural Environment; Regional Editor of 4 International Journals; Associate Editor of 2 International Journals and a member of the editorial board of more than 15 national and International Journals. He has guided 29 postgraduate scholars.